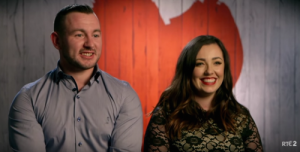 Ah…the terror of the first date. Am I overdressed? Do I sound stupid? Is there spinach stuck in my teeth?

Sounds just like the fear of public speaking.  And so it was no coincidence that mischievous Merrilyn held a ‘First Date’ themed session to celebrate the new series on RTE 2.

Not merely satisfied with asking us about lurve,  Merrilyn wanted to see it in action. She made us do THREE First Date role plays.  Fergal force-fed steak to a vegan, Michael Martin flirted with Enda Kenny, and Maria and Patrick debated the pros and cons of sleeping with one’s relations (before they’d even even ordered.) 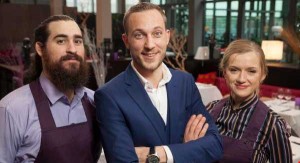 t timers included the frighteningly articulate Gordon, a Vox Virgin, who spoke intelligently about the need for the Census. “Governments need to start engaging with citizens as effectively as companies engage with customers.”

Jeremy said that size does matter and it sounds like Deirdre has fallen in love – with reading:).

Speeches were exceptionally exciting with another first timer, Karoline, performing her CC1 and suave, man-about-town,  Mark O’D giving us his CC10.

In her speech entitled “The roles that need not define us” Karoline described how moving abroad gave her the freedom to discover a new identity for herself. With an impressive delivery and a superbly structured piece, Karoline brought home her message with crystal clarity.

Mark O’ D teased us with an alluring opening in “Zero.” “Zero: it’s nothing, zilch, zip, nada.” Ok give us more Mark! But with characteristIc charm (and a wee bit of a swagger), Mark took his sweet time before revealing himself… and when he did we all were moved.

What did he tell us? Well, you just had to be there. Miss nada next Wednesday and come feel the chemistry with VOX. 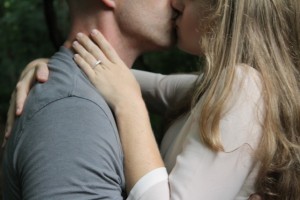